Publication Date: May 6, 2015
Genre: YA Romantic Fantasy
Series: The Brother's Keep (4 Novellas in 1)

Four brothers are appealing in appearance and stature. Yet beneath the striking features, magnitude and charm, they are monsters, for each one of them have fallen to darkness and are cursed for all time. Possessed with unique power, along with the wrath to destroy, the brothers consume all in their paths …until unlikely maidens challenge them apiece.

Each of the four young maidens ventures out, vulnerable and alone, to battle unknown elements, demons, and strange magic. Risking all for the journey, they are set to find the demise of their monster. But the question of motive begins to infiltrate each of their minds. Are they really trying to save their people from the harm of the monster or redeem a heartless being for the sake of love? Because somehow, while daring, their own hearts are stolen in what could be the quickest path to destruction, the greatest betrayal of all.

Along the way, meet Lily of the Valley, Bright & Morning Star, Promise the King, and The Messenger, characters potentially aiding these impressionable young women who find themselves quite lost in the keeps of alluring yet unscrupulous brothers. 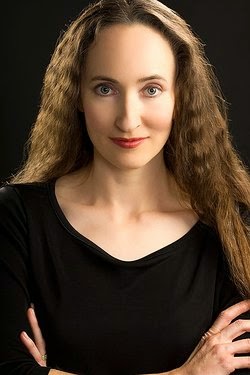 Tessa Stockton is a veteran of the performing arts and worldwide missions, having come from a long line of musical arts professionals. She loved seeing the world and absorbing the beauty of other cultures . . . an enriching life full of dance, music, faith, and interesting cuisine. Over the years, she also contributed as a writer/editor for ministry publications, ghostwriter for political content, and headed a column on the topic of forgiveness. Today, she writes fantasy, romance and political intrigue novels.

Posted by Anonymous at 5:00 AM