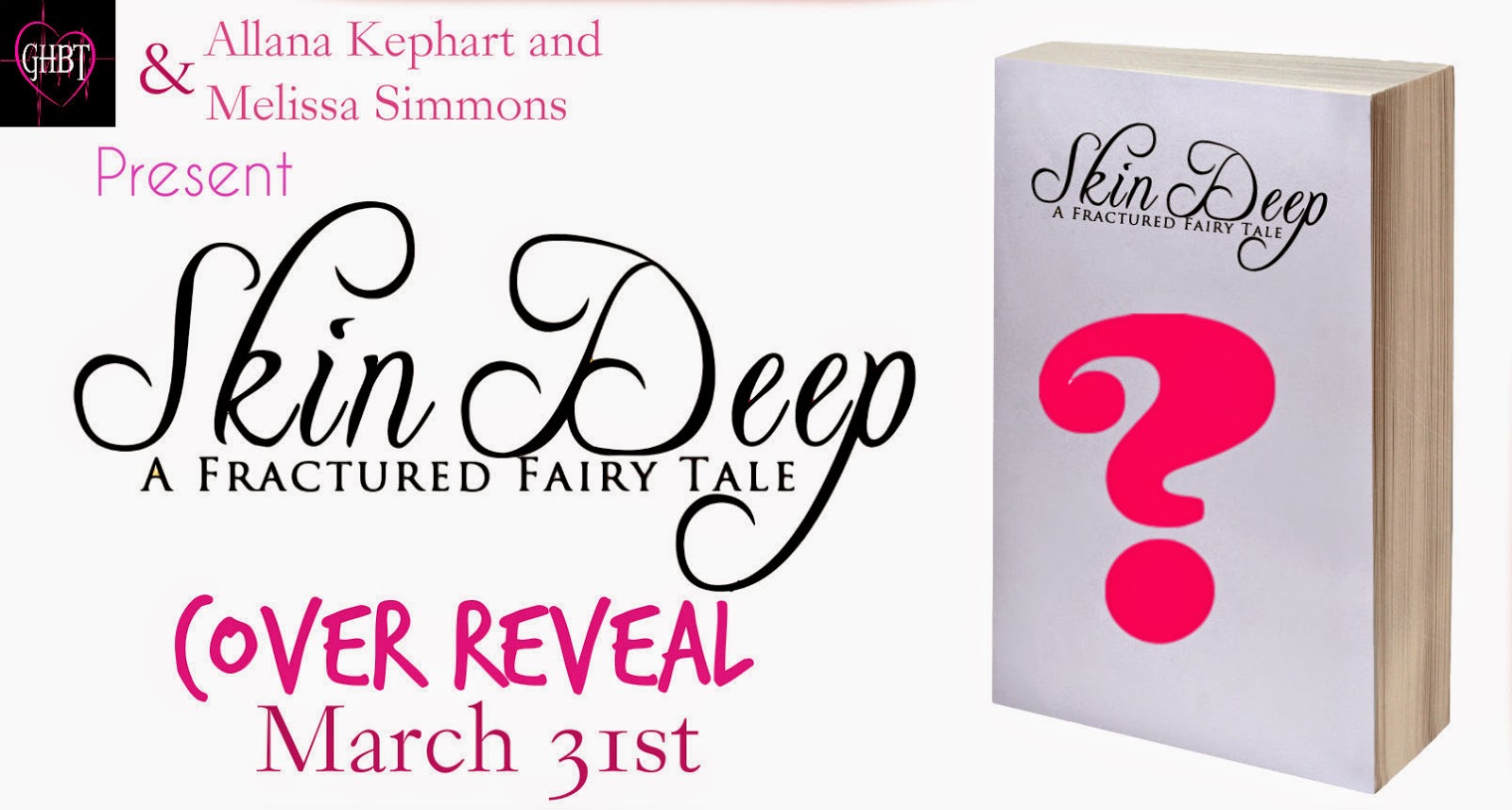 Beautiful, selfish and spoiled are the three words most commonly used to describe Princess Eliza. Common people are expendable in her world, there only to serve her needs. Betrothed to the most handsome prince in her land and adored by her father, Eliza had little thought for others or their feelings. An unkind word directed at the wrong person brings down a curse on Eliza, marring the perfection of her physical beauty making it so her outside now reflects what is within her. Horrified by her own reflection and tired of the whispers of everyone around her, Eliza flees the safety of her father’s castle, seeking out the solitude of the outlying forests.

Greysen James spends his days hunting and gathering in the forests that fall between the kingdoms. In his small no-man’s land, he owes no one fealty and he likes it that way. His life is all about keeping himself and his younger sister, Cornelia alive and fed. When Eliza comes stumbling into his path, he has two choices: let her flounder on and drag every royal guard searching for her through his forest or take her in and teach her to survive on her own. Neither option is appealing to him but once his sister meets the prickly princess, Cornelia won’t let him leave Eliza out in the cold.

Greysen finds himself at odds with the princess almost immediately; he can’t stomach her entitled attitude. As far as he can tell, Eliza has no grasp on the true realities of life outside the castle and she isn’t overly fond of Greyson’s seeming indifference to her. With Cornelia urging them to coexist they’re finally forced into a grudging respect for one another.


Can Greysen help Eliza change her ways before it’s too late? Or will she learn that her beauty really was always just skin deep?

Read more »
Posted by Anonymous at 5:00 AM No comments:

In Earth’s battle-ridden future, humans have evolved. Those with extraordinary skills rise to power and fame. Those without live in poverty.
Sixteen-year-old Willow Kent believed she was normal. But when a genetically-advanced military officer shows up in her village and questions her identity, long-buried secrets begin to emerge. With remarkable skills and a shocking genetic code the Core and its enemies will do anything to obtain, Willow suddenly finds the freedom she craves slipping through her fingers. Greed, corruption, and genetic tampering threaten every aspect of her existence as she’s thrust, unwilling, into the sophisticated culture of the elite Core city. To ensure peace, she must leave the past behind, marry a man she’s never met, and submit to the authority of a relentless officer with a hidden agenda of his own.
Her life has become a dangerous game. How much will she sacrifice in order to win?
Buy Today - Add on Goodreads

C.L. Denault is a speculative fiction writer who loves dreaming up tales of adventure and intrigue. A former systems analyst, she gave up her nerdy code-writing skills to care for her family (including a son with special needs), and currently lives among the vast stretches of cornfields in Illinois.
Writing stories and posting on The INFJ Café are her biggest passions, along with drinking coffee and watching sci-fi. When she’s not hanging out with her husband and kids, she can usually be found at a library or tucked away in the shadowy corner of a hip coffeehouse. She’s also been glimpsed sneaking into her garage, late at night, to work on her time machine.
Her debut novel, Gambit, is the first in a Young Adult dystopian series.
Find out more at cldenault.com, twitter or facebook.

Posted by Anonymous at 4:00 AM No comments: 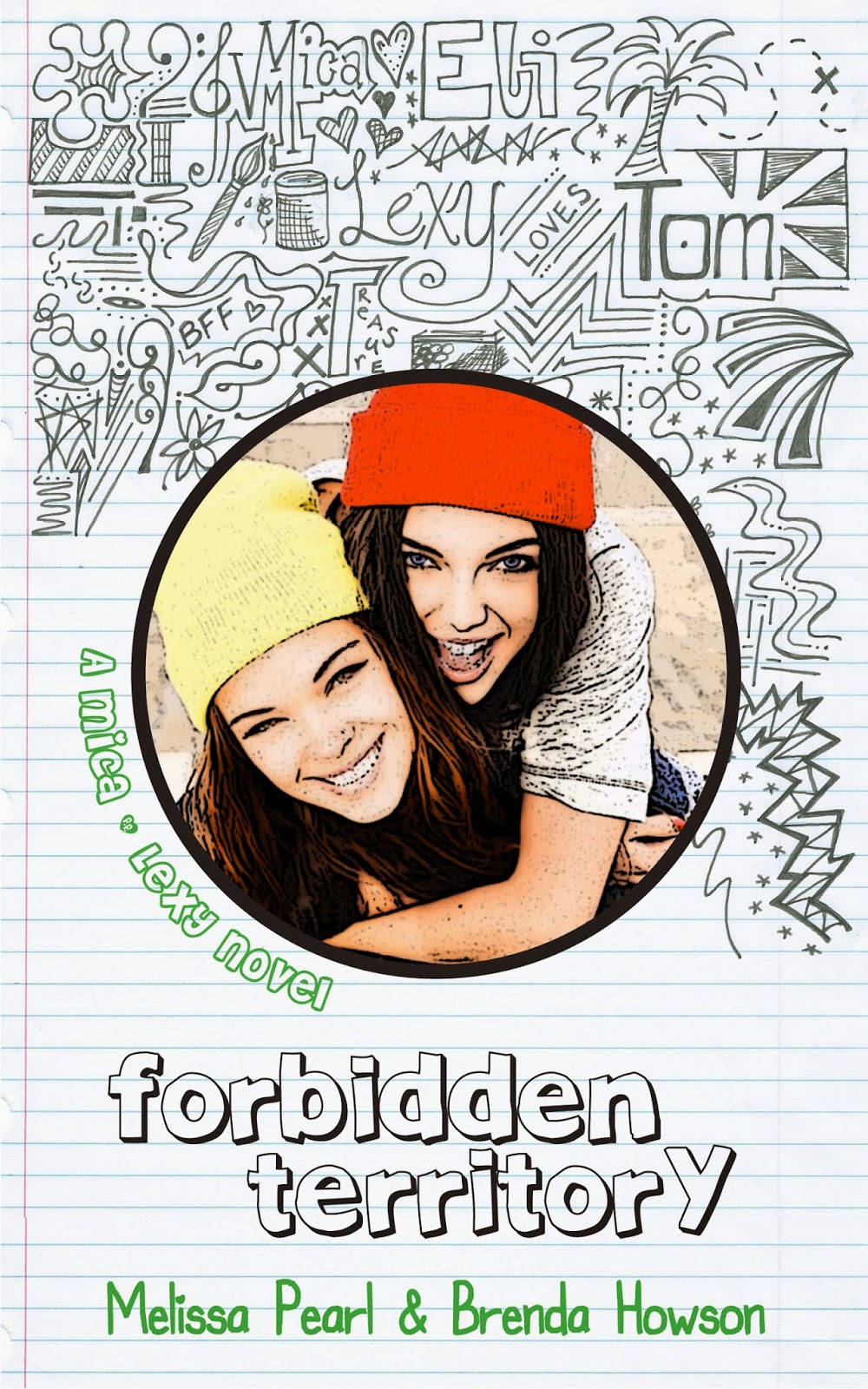 Zealand bush away from meddlesome parents . . . what could be better?

That is, until they stumble across a hidden marijuana crop and its terrifying watchmen, and

the next 48 hours racing blindly through the bush, searching for each other. Hoping

desperately to find their friends before the hunters do . . . 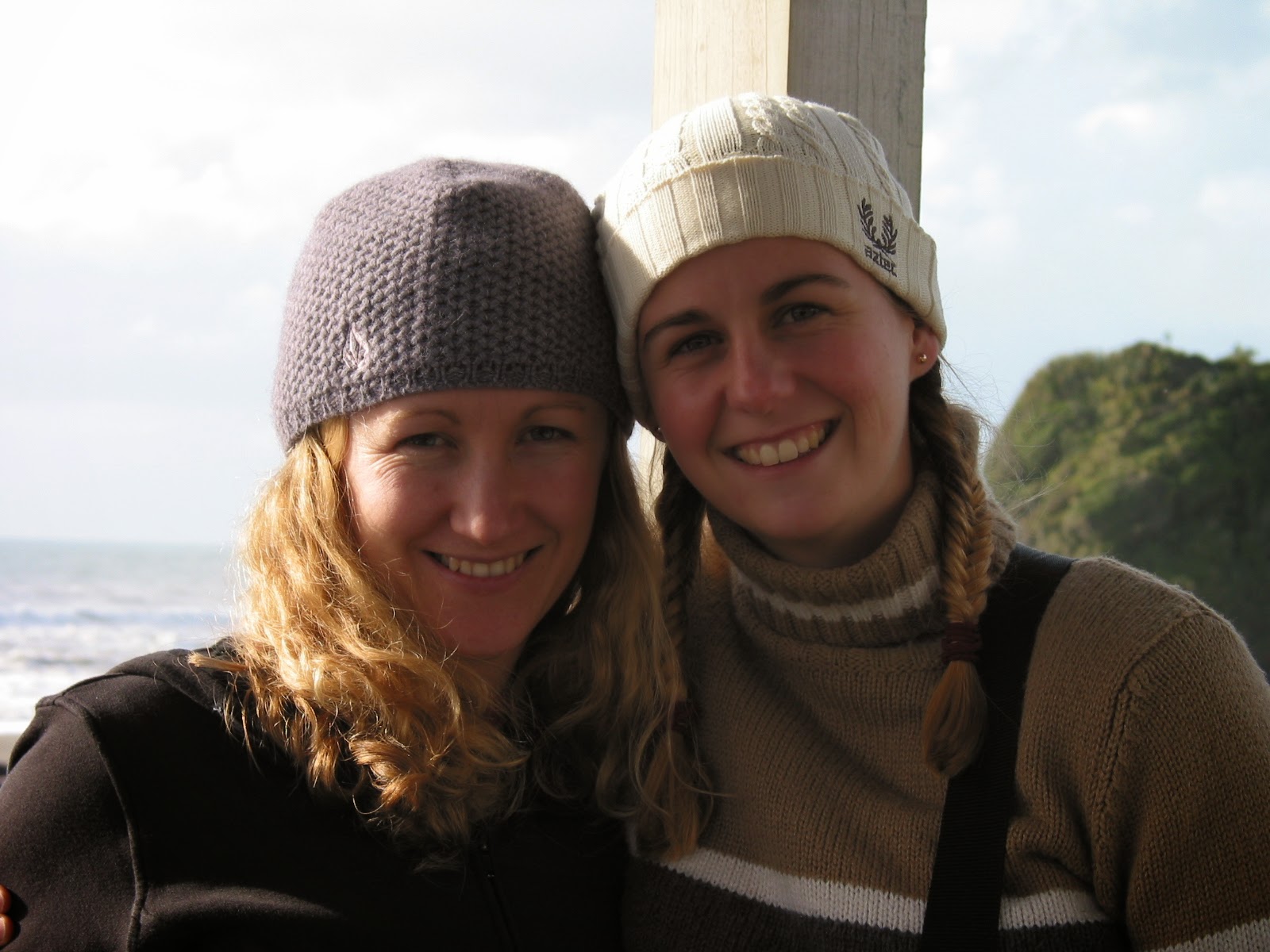 Melissa Pearl and Brenda Howson have been best friends for well over a decade. Both

mothers of two young children, both married to school teachers, and both lovers of writing,

they have a lot in common. Having spent many vacations away together, they have become

as close to sisters as two girls can get. It was on one of these holidays away that the Mica and

Melissa is the author of multiple YA and NA books, written in a variety of genres. She is a

fully trained elementary teacher, but is lucky enough to stay home and watch her kids grow.

Find out more about her books here: http://www.melissapearlauthor.com/news

Brenda was the one who encouraged Melissa to start writing in the first place. Once Melissa

got started, Brenda caught the bug; she has been writing for ten years, in between

motherhood and working at a local high school in the computer department. She has won two

short story competitions and been runner up in another. Forbidden Territory is her first

Add it on Goodreads: http://bit.ly/1HvZlh1

The thrilling last installment of the Daughters of the Sea series is the culmination of a breathtaking saga that will steal your heart and enchant your soul.
As the Atlantean Games draw near, every Order will descend upon the magical island of Atlantis; resurrecting an ancient tradition and setting in motion a fate determined centuries earlier. In her relentless search for retribution, Selene uncovers the one vulnerability capable of destroying not only Stasia, but all fifty of the Nereids. Traitors will emerge and old rivals are reawakened as Stasia discovers the shocking end of her elusive prophecy.
With Fallon and Olivia still missing and an Army of Auras preparing for battle, Stasia and her Council must unlock the secrets of the Nereids and find a way to save their world before destiny intervenes. But like the Nereids themselves, even destiny is vulnerable to the sands of time.

Forsaken (Daughters of the Sea #1)  FREE on Amazon: http://bit.ly/ForsakenRDB

I am a southern belle at heart with a crazy streak that desperately tries to escape at every opportunity. I love all things nostalgic, rustic, and quirky. I’ve been told I see the world through rose-colored glasses, but I prefer to think of them as kaleidoscope glasses – swirling and morphing reality into something I can digest (who hasn’t pretended those pasty lima beans were really kiwi strawberry jelly beans?).

When I’m not writing I’m making jewelry, painting, drinking sweet tea, watching the discovery channel, or going on random adventures in the mountains of North Carolina with my amazing husband. 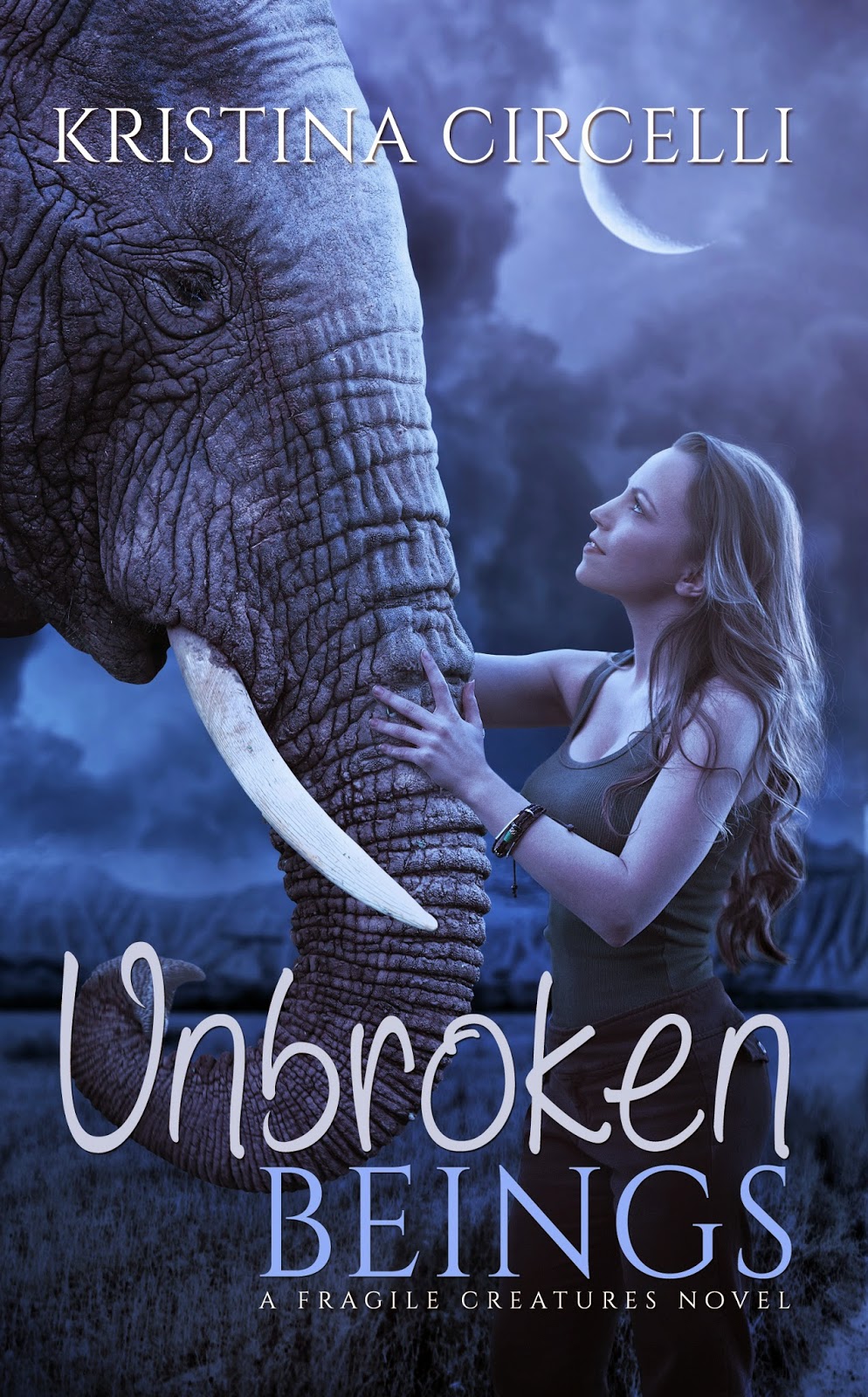 Evangeline Frost had a plan, once. Attend a prestigious art school, become a renowned painter. It was a dream she shared with her father, one that was ripped away in the car accident that claimed his life.

At California’s Kindred Hides Wildlife Preserve, Evangeline thought she had finally grieved for her father and moved on. But now, halfway around the world in Zambia at a new sanctuary for animals, Evangeline finds herself haunted by old memories … and a promise she has yet to fulfill.

Nightmares plague her dreams. Caster’s flirtations confuse her. And when poachers invade the preserve, they leave behind a devastation that threatens to break her apart.

Now Evangeline lives for a different dream: to save the lives of every animal who calls the preserve home, no matter the cost. A crusade that strains her budding relationship with Caster, a mission taking her further away from dreams of the past ‒ and gives her an orphaned elephant calf to call her own.

Evangeline Frost has a new plan. Protect the preserve and keep a promise that will finally heal her heart … or put her very life at risk. 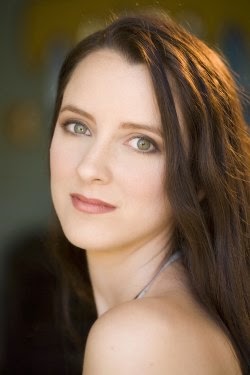 Night owl, Dorito lover, and quiet eccentric - Kristina Circelli is theauthor of several fiction novels, including The Helping Hands series, The Whisper Legacy, The Never, and The Sour Orange Derby.

Her latest series, The Whisper Legacy, features Beyond the Western Sun. This book is what all fantasy adventures must strive to be: a complex, intricate examination of human emotion set within the context of worlds known only in our imagination. Melding fantasy and legend in an epic quest, this series signals the arrival of Kristina Circelli as a master storyteller and an important voice in Native American literature.

A descendant of the Cherokee nation and niece of a Cherokee elder, Circelli holds both a Bachelor of Arts and Master of Arts in English from the University of North Florida, where she teaches creative writing. She also heads Red Road Editing, a full-service editing company for independent authors and commercial clients.

She currently resides in Jacksonville, Florida with her husband, Seth, and cats, Lord Finnegin the Fierce and Mr. Malachi the Mighty. 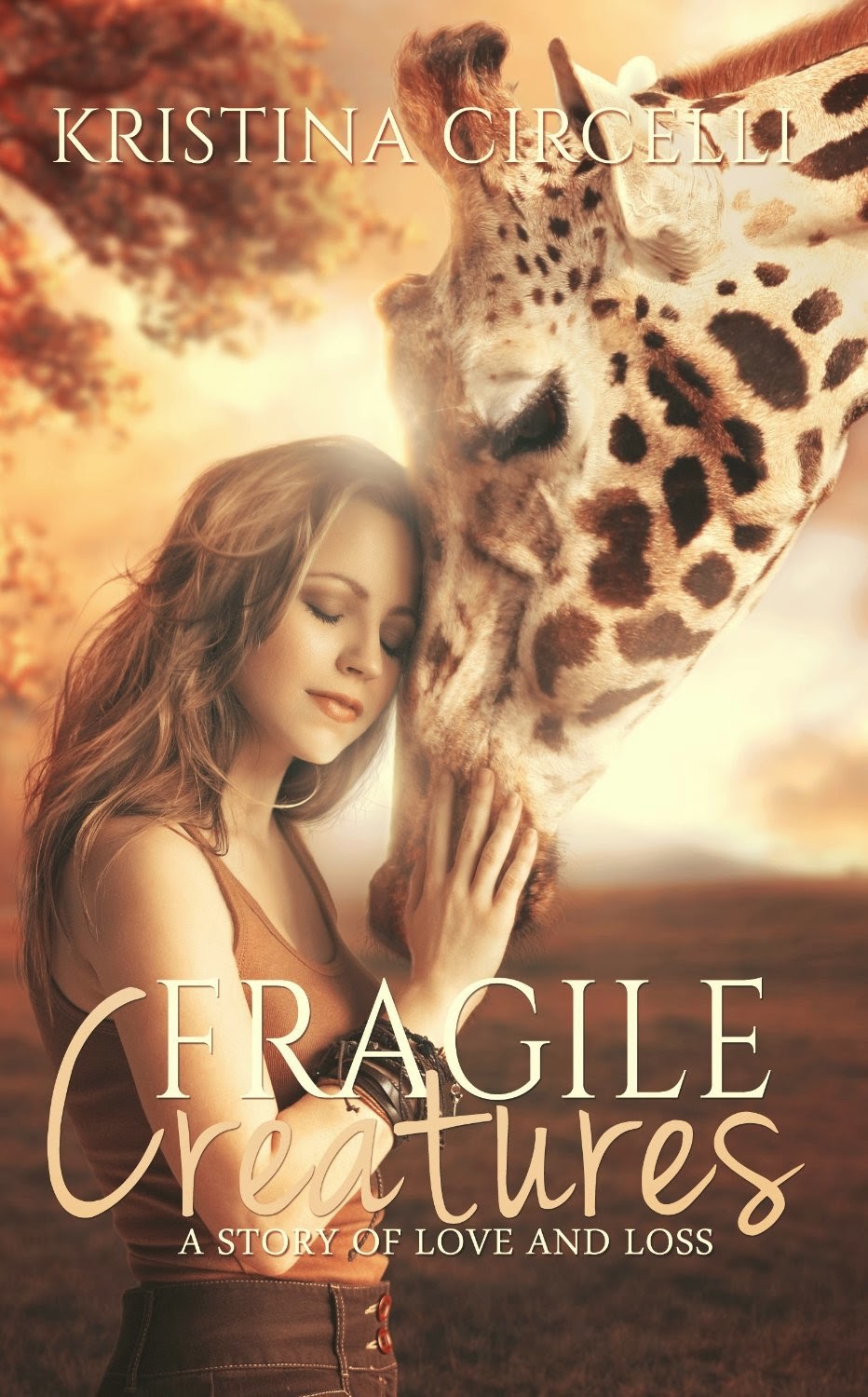